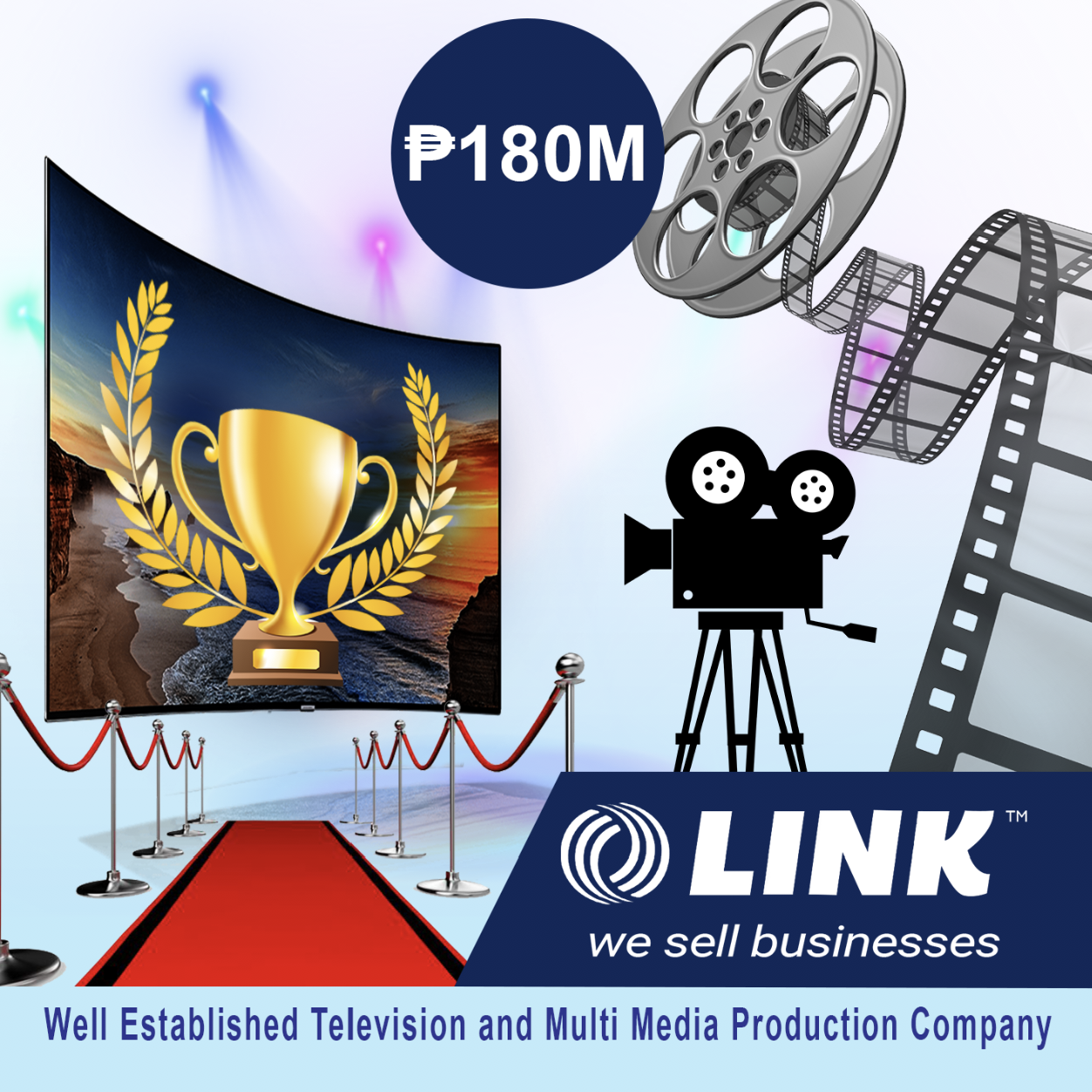 Be a partner of this business of good-standing that espouses dignity in production (verbatim from seller).

Owner is looking or a business partner to share the chores of managing the day-to-day affairs of the company. Owner is host of several talk shows, each aired for 8-10 years. Open to sell 100% shares if necessary.

There are two ASKING PRICE options:

Established in 2002, this production business has consistently delivered relevant programs that have touched the hearts and lives of our countrymen. The company has produced highly acclaimed television programs, multi-awarded on television award-giving bodies in the Philippines. It has managed to maintain wholesome television programs with a wide viewership profile of 16-60 years old, targeting A to lower C markets, government officials, corporate leaders, NGOs, professionals, entrepreneurs, students, expats, investors and the general public.

The company has multi-awarded public service talk show programs aired in major television networks. In the span of its 18 years of existence, it has organized numerous events with a record of attendees of about 1,500 on some events. To name a few the company has organized: huge special events for the President of the Philippines, Corporate and NGO events, private and public launches. These are attended by leaders of business and government, public and private sectors.

The company continuously invests in updating cameras and equipment to maintain the quality of its services.

The owner takes pride in saying that the company has a good BIR standing. According to owner, the company has Triple A Philgeps Certification. This certification allows for members to secure government contracts. Company can expand to producing movies.

The company has always stood for DIGNITY IN PRODUCTION*, its secret to its long-standing stature and good reputation.

Reason for sale: This production business, though lucrative, has done its purpose. Owner is now ready to move to the next phase of life which is to pursue a huge land development project. This is supposed to be a future project, but covid hastened it. Owner abruptly decided to tap future resources.

*Strict confidentiality applies. Further details of this business will only be disclosed following a personal meeting with the broker and a completion of a Confidentiality Agreement. Purchasers must be able to demonstrate the financial capability and business experience to proceed before detailed information will be shared.

SIgn-up here so I can get back to you.

PREFER TO CHAT? SCHEDULE A CALL

BOOK IN A TIME NOW